A History of Bread in Egypt

For thousands of years, bread has been the most important food item in Egypt. Even today, the vernacular name for bread, ‘eish, means ‘life’.

Our knowledge about bread making in Egypt goes back almost 5800 years to evidence from predynastic archaeological sites. Bread was made from emmer, an ancient species of wheat with a low gluten content, which makes it difficult to form homogeneous loaves, as gluten is what gives elasticity to bread dough. The grains were laboriously manually ground, and flour was mixed with water and left to leaven. Natural yeast and lactic acid bacteria molecules have also been identified in ancient bread samples. Yeast is essential for rendering the bread loaves fluffy and porous, increasing their volume and enhancing their taste and aroma. Bread experts have linked this ancient bread to today’s shamsy (sun-leavened) bread as it was leavened through natural yeast. They also link this ancient bread to the sourdough breads we know and appreciate today. Bread made of barley or chickpea flour has also been found. Scientific analysis has revealed some other important ingredients as well:  fig paste fillings for cake-like bread and coriander seeds added to the loaves found in Tutankhamun’s tomb, as well as bread made from nabq (Christ thorn fruits).

Baking and Brewing in Ancient Egypt

(left) A man crushes grain with a pestle, while another man works lumps of dough. A third man can be seen pouring fermented dough into round jugs that are covered with black clay stoppers.
(right) Two female millers grind the crushed grain into flour. A man can be seen shaping the dough (note that his hands are covered in flour!), while another man tends a black oven with a poker.
In addition to scenes in tombs, funerary contexts have also yielded statuettes and models that depict baking-related activities. Old Kingdom wooden servant statues were placed in tombs to provide the deceased with worldly comforts in the afterlife, and often represent bakers mixing dough, milling grains, or sitting by a fire awaiting the bread loaves to bake. Models were later developed to include more than one figure in action. Dating to the Middle Kingdom, very elaborate models from the tomb of Meketre at Deir al-Bahari on the West Bank of Thebes show a bakery and brewery together in great detail. This depiction is especially interesting, as it highlights the close connection between bread and beer production, where bread was often used as the base for beer.

Wall depictions and inscriptions on tombs and temples provide us with ample evidence of bread production in Ancient Egypt. Scenes from the Old Kingdom Tomb of Ti at Saqqara show the bread baking process in detail. We know that wheat was ground into coarse flour, the dough was mixed in moulds of various shapes, left to rise, and placed on platters to be baked in mudbrick ovens. Bread loaves were also part of tomb scenes featuring bread offerings of various shapes and sizes.

Flat circular basketry dish of woven palm leaf with two loaves of unleavened bread. One piece of bread has hand imprints on both sides of the loaf, probably left by the baker. Found in a New Kingdom site in Thebes.

©TRUSTEES OF THE BRITISH MUSEUM

Archaeological remains related to bread baking are abundant: Ovens, quern emplacements (built block-like structures that raised grindstones off the floor to a more comfortable position for the person bending over it to grind grains into flour), mortars, grindstones, and bread moulds. These archaeological structures and tools have been an essential guide in the experimental reconstruction of the bread baking process, filling in the gaps that were left out by the artistic record. This was complemented by the observation of modern baking practices in Egyptian villages, which aided in understanding some of the steps that are still in use today.

Evidence from Graeco-Roman and Roman sites and cemeteries show that by the first century CE, hard wheats (Triticum aestivum and T. durum) were being cultivated in place of emmer wheat. Papyri in Greek inform us of the variety of flour sorts known and used, including simple white flour (aleuron), very pure flour (semidalis), finely ground flour (gyris), amongst others. Bread was no longer an element of the offerings left in tombs, so we do not have many surviving bread loaves to further inform us of the types of breads available during this period. We do, however, have many lists of rations or exchange of grains, flour, and baked bread loaves.

With the advent of cookbooks, we start seeing more evidence of food consumption during Arab rule. Even then, however, there is little reference to ordinary breads and their recipes. The fourteenth-century cookbook Kanz al-Fawa’id fī Tanwi‘ al-Mawa’id (Treasure Trove of Benefits and Variety at the Table) enumerates several types of baked goods in the chapter dedicated to kneading and baking bread, but lists only two types: khubz tayyib (delicious bread) with milk and khubz  al-abazir (bread with sesame seeds, pistachios, and almonds). However, in the glossary of the English translation of the book by Nawal Nasrallah, she notes that the terms used for the different types of flour used to make bread in Egypt during the fourteenth century reflect the country’s diversity and include daqiq samidh (semolina flour) from the eastern region as well as samidh (semolina) from the western region.

In his book titled Al Khubz fi Misr Al Uthmaneyya (Bread in Ottoman Egypt) author Gamal Mahmoud , explains that bread during the fifteenth and sixteenth centuries was linked to state control over grain cultivation, harvest, transportation, and storage of cereals due to its heavy reliance on agricultural work and regulations . Grains arriving by boats on the Nile were stored in Bulaq and Old Cairo and then moved closer to Cairo’s main gates in ‘cereal markets’ known as roqa’a and rahba, one of which was at the foot of the Citadel. The cereals were stored in large square gated granaries known as shoona. Granaries were important for storing wheat and demanded much regulation and several employees called aghawat to ensure a proper supply of bread to the poor. Egyptian wheat was at many times also exported, mostly to Constantinople, but also to Mecca and Medina, and even to Jerusalem.

Manual grinding of grains using mortars and pestles evolved into hand-employed ra7aya (grinders), while larger scale grinders and mechanized windmills  became part of mansions and palaces in cities and at the edges of towns.

Although bread was traditionally prepared at home, the Ottoman period saw the establishment of bread markets. Bakeries with professional kneaders (‘agan) had a special shop where the mixing and kneading took place, controlled for cleanliness by the state mohtasib (inspectors). With ovens being rare in private houses, the formed dough was carried to the bakery.. From the sixteenth century onward, bakers had their own guild and their own alley, and there were many public bakeries of sophisticated architecture and structure, sometimes owned or rented out.

Two main bread baking techniques were known from the Ottoman period: taboun and sag. Taboun is the traditional home oven fuelled by wood or dung cakes. The sag is the metal disc borne on stones and heated from beneath, producing the flat bread still known today. Evliya Çelebi , a Turkish traveller to Egypt during the seventeenth century, mentions 70 bakeries in Cairo, which would not have been enough to supply the population and meant that baking was still practiced in many houses. He mentions a variety of types such as shoreik, borek, ghorayeba (cookies), sha‘reyya, date-stuffed bread, special shaqel or gaqel bread, which was baked on heated stones, and boksmat.

Accounts from the Ottoman period show full control of the state and the military in matters pertaining to bread in terms of size, weight, and quality, since the provision of bread was one of the main concerns of the rulers and a priority for the people. During disasters, the price of wheat was the first to surge, leading to bread shortages, hunger, theft, chaos, and revolt. State interference to keep bread prices under control during famines and crises led to the establishment of the fixed price for bread. This is probably the first form of bread subsidy, a practice that continues in Egypt until today.

With the introduction of maize from Mesoamerica sometime during the seventeenth century or slightly earlier, a whole new array of breads was invented. Corn was mixed with wheat and its spread eventually made it the second most important cereal in Egypt by the nineteenth century.

Baking bread at home continued until the twentieth century in cities and is still very important in villages. The practice of buying bread from private or state-run bakeries is a late development and is mainly linked to urban dwellers who cannot bake their own bread at home due to space and facility restrictions. With the spread of the bread subsidy system, where state bakeries sell wholewheat (72% extraction) baladi bread at subsidized prices, home baking of bread dwindled further. This also led to gradual erosion of traditional home baking even in villages and also to the decline of bread types consumed to almost one type in many cities, towns, and even villages, with the exception of afrangi bakeries which serve western-style breads such as fino made out of refined wheat flour.

Today, few studies exist that present serious documentation of bread types in Egypt. Although the Atlas of Egyptian Popular Heritage published by the Ministry of Culture enumerates more than 60 different types of breads, it would have been more useful to study bread making by region and focus on detailed documentation of ingredients, processes, names, and uses as well as on precise visual documentation of the types that are sadly in danger of disappearing forever. 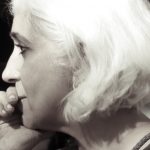 Hala Barakat has a PhD in Paleoecology from the University of Aix-Marseille III, France. A founding member and former president of Nature Conservation Egypt (NCE), a non-profit active in the field of conservation of endangered habitats, she is currently writing a book on food in ancient Egypt.

Previous Article
Waste Not, Want Not
By Moustafa Elrefaey and Wesam Masoud
Next Article
Raise your Glass
By Omar D. Foda