For over a thousand years, Azbakiyyah has witnessed people from all walks of life, from princes and noblemen to diplomats, soldiers and prostitutes. It has been a melting pot of cultures, architecture and ideas and is still worth exploring today.

The history of the district of Azbakiyyah goes back many centuries. In this article, I will recount a brief summary of its stories, the events it has witnessed, the people who lived there and the buildings erected in the area. At the time of the Arab invasion, the Nile ran through what is now Ramses Square (Bab al-Hadid), known then as Om Danin, and later as al-Maqsy or the Maqas Port – Cairo’s port on the Nile where customs were collected. Later, in the tenth century, Kafur al-Ikhshidy dug a canal to irrigate his gardens in the Maqsy area, which was known as al-Jakar. He built a small arched bridge (kantara) over the canal there and placed a wooden bench (dekka) where he would sit and watch people walking by. The place then became known as Kantaret al-Dekka (the bench bridge). It is noticeable even today how Egyptians enjoy walking and sitting along the footpaths of bridges, especially during summer evenings.

The area developed further under the Fatimid ruler al-Hakim Bi’amr Allah al-Fatimi (the grandson of al-Mu`izz li-Din Allah), who ordered the building of the al-Maqsy Mosque (in the location of the current Awlad Anan Mosque). Then, in 1020, the Caliph al-Zafer built Maqsy Tower, from where he could watch the fleet sail out of the Maqsy Port, though with time, this was destroyed. In the twelfth century, at the time of Salah al-Din, his minister Karakoush extended Cairo’s sea wall to the Maqsy Port, and the gate there became known as the Sea Gate or Bab al-Hadid (the Iron Gate) because it was made of iron. Karakoush also built, among his fortifications in Cairo, al-Maqsy Fortress, a large tower structure on the Nile, but, as with the Maqsy Tower, with the passing of time the fortress was demolished and the dust gathered once more.

View of Azbakiyyah Lake (from the Description de l’Égypte ) surrounded by the luxurious houses of Mamluk Beys.

Agricultural lands flooded yearly with the waters of the Nile to the south of al-Maqsy Mosque. Due to the sinking of the land, a pond formed, which was full most months of the year. This pond became known by many names, including al-Maqsy and Batn al-Baqara (‘the Stomach of the Cow’), and many gardens surrounded it.

In the reign of Sultan Qaitbay in the fifteenth century, the Mamluk Prince Azbek Ibn Tatakh al-Atbaky, who lived in the area, set about restoring its former beauty. He attempted to drag the pond, dig it deeper and build a stone pavement around it to prevent debris from falling within. He also erected buildings, including the Azbek Mosque and his palace, which was a structure of extreme beauty complete with intricate carvings and luxurious furnishings. He filled the pond with water from the Nassery Gulf and placed seats in the gardens surrounding it, and also erected buildings, baths, halls, mills and bakeries; consequently, according to Ibn Ayas, the area became known as Azbakiyyah. Impressed with Azbek’s great efforts, Sultan Qaitbay gave the area to him as a gift, and it developed into one of the most elite residential areas of Cairo, as well as the most beautiful and most affluent. It was distinctive too because of the pond, which attracted nobility and royalty to live there in dazzling palaces around it. Prince Azbek then started looking for opportunities to hold festive occasions there. He invited royalty and nobility to luscious feasts, which would extend well into the night and be accompanied by all forms of entertainment, including musicians and dancers.

With time, the Nile shifted to the west, and the area of Boulaq emerged to replace al-Maqas as a port. After the Ottoman invasion in 1517, an elderly Ottoman military judge enforced strong restrictions on women: he prohibited all except the elderly from going out; he prohibited shoes being made for them; and he did not allow them to ride donkeys for transportation. He did not last for long, and when he left Egypt, the dancers of Azbakiyyah took to the streets, dancing and cavorting all night. The area had never witnessed such revelry and became known as Wish (the face) al-Birka (the pond); today part of this area is within the constabulary of Azbakiyyah, while the other part is in al-Moski.

Afterwards, Wish al-Birka became an area for indulgence in all forms of pleasure, whether innocent or otherwise, and was rank with debauchery. In the days of Prince Katakhda Radwan (who died in 1775) immorality spread further in Wish al-Birka; al-Jabarti has described the palaces and luxury in which Katakhda lived, and how poets used to sing his praises. He wallowed in lasciviousness and surrounded himself with pretty faces. Despite this, there were some prominent personalities among the noble families living in the area, such as Ali Bek al-Kabir and his wife Nafisah Hanem al-Baydaa, who later married to Murad Bek, and Mohamed Bek al-Alfi. Families such as that of al-Bakry had many houses on the pond, and those of al-Sharaby, Sheikh al-Mahdy, and Sheikh al-Mahroukyalso lived there. During the daylight hours Azbakiyyah was a popular place for people to have outings and strolls, especially during feasts and on Fridays after prayers, but at night it was a place for pleasure seekers.

With the French Campaign, Napoleon made the palace of Mohamed Bek al-Alfi his headquarters, overlooking the pond, and his commanders took residence in the surrounding palaces, leading the original inhabitants to leave the area and their palaces. Azbakiyyah was severely damaged by French cannons during the campaign, as were many other areas of Cairo. Amongst the buildings that buckled under the force of their cannons were the al-Maqsy and al-Kekhia mosques, while al-Roweiy Mosque was transformed into a tavern, and Azbek Mosque (which was removed during the reign of Khedive Ismail) was turned into a market.

Azbakiyyah Lake showing ruins of the Mamluk mansions after having been bombarded by Napoleon’s army.

When the French left Egypt, Khesro Pasha, who was the wali assigned by the Ottoman sultan, lived in the palace of al-Alfi Bek, but he was attacked by the soldiers of al-Arnaouti and was forced to flee the country. Mohamed Ali Pasha then became Wali in Egypt with the aid of prominent scholars and the Egyptian nobility. At the beginning of his reign he built a house at the east of Azbakiyyah, where he received the decree appointing him wali. He then left this house to his women and moved to the citadel, whence he ruled. He rebuilt some of the palaces and had his relatives and family members reside there.

From the reign of Mohamed Ali Pasha up to the reign of Khedive Ismail the face of Azbakiyyah changed twice: the first change came in the reign of Mohamed Ali who re-organized the area, while the second was in the reign of Khedive Ismail in 1864, when he ordered the pond to be filled in and re-planned the area, building the Azbakiyyah Garden, for example (which is part of al-Moski today). Modern buildings appeared, as well as new areas, while others were developed, such as east Azbakiyyah, which was known as Hay al-Afrang (the Foreigners’ District), where foreign consuls lived alongside Armenians, Greeks, Jews and people from the Levant. From the time of Said Pasha, the number of foreigners increased in Egypt; they came to live in the country due to new laws that gave privileges to foreigners, opportunities for quick wealth, and to escape the wars in Europe.

Palace of Azbakiyyah, Cairo, Edward and Alexandra, Prince and Princess of Wales, in Egypt, illustration from the Illustrated London News, volume LIV, 27 February 1869.

There was also an increase in the number of tourists, attracted by the writings and accounts of orientalists. The presence of foreigners required the building of hotels, cafés, shops, groceries, bakeries, and patisseries, as well as other venues that suited their tastes and catered to their needs, such as horologists, tailors, barbers, bookshops, tobacconists, gift shops, casinos and night clubs. With the advent of the occupying British army, licensed brothels appeared, both local and foreign, and spread to Clot Bek Street and Kantaret al-Dekka (currently Naguib al-Rihani Street). The area developed a distinctive social ambiance different from that of other areas in Cairo.

A photo taken ca.1870 of the first Azbakiyyah theatre, where plays like those of Yacoub Sanua (Abou Naddara Zarqa) were performed.

Azbakiyyah became a point of intersection between the old Cairo and the more modern Cairo of Khedive Ismail, namely the district of Ismailia. Having been low lands flooded with water, the district of Tewfiqeyya emerged when Khedive Tewfiq ordered the area to be filled and began to plan the district. Building progressed, and his son Khedive Abbas Hilmi II built the famous Khedivial buildings on Emad al-Din Street at the turn of the twentieth century. The street was famous for night clubs, theatres, cafés and cinemas.

An entrance ticket to the Azbakiyyah Gardens worth five milliems, from the early twentieth century.

Over the years, Azbakiyyah has included places of worship, gardens, shops, theatres, night clubs, restaurants, cafés, hotels, brothels, cigarette factories, ambulance headquarters, fire departments, post offices, a train station, metro and tram stations, wholesale markets, and museums. Religious scholars, rulers, ministers and noblemen have lived there alongside tramps, vagabonds, dancers and prostitutes in the brothels! It has had a vibrant and diverse past, perhaps more so than any other part of Cairo. Who knows what the future will hold for Azbakiyyah?

Neighbourhood History
This article was first published in print in RAWI's ISSUE 2, 2011 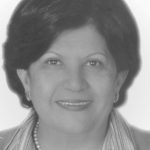 Hoda El Kolaly is the managing director of Cairo City Key and has published the first detailed guidebook of maps of Greater Cairo in Arabic and English. She has also prepared five illustrated books on the Cairo districts of Bab al-Sha’reya, Ezbekkeyya, Moski, Sayeda Zeinab and Kasr al-Nil and is currently working on Abdeen and Boulaq. She holds a BSc from the Faculty of Economics and Political Science at Cairo University.

Previous Article
Bath Clogs, Murder and the Tree of Pearls
By Caroline Williams
Next Article
Delta Blues
By Garry Shaw