The Work of Factum Arte in Egypt

On 4 November 1922, Howard Carter discovered evidence of the existence of a tomb near the entrance to KV9 in the Valley of the Kings. During the month of November, he cleared the way to a sealed doorway, which he reached and photographed on 25 November. News spread rapidly and the discovery caught the world’s attention. The next day, the antechamber was opened, revealing, in Carter’s own words, ‘wonderful things’. With the following months spent accurately recording the antechamber’s precious objects, it was not until 16 February 1923 that Carter was ready to open the next sealed door. Within minutes of forcing a hole in the wall it was clear that Lord Carnarvon and Howard Carter had discovered an intact royal burial chamber. From that moment, the young King Tutankhamen emerged from obscurity and captured the public imagination. The tomb and its treasures are now among the most celebrated cultural artefacts in the world and the stories that surround them continue to inspire generations with the magic of Pharaonic Egypt, attracting thousands of visitors every year to the Egyptian Museum in Cairo, the Valley of the Kings and various exhibitions of original objects and copies that are touring the world, adding to the king’s celebrity and drawing new visitors to Egypt.

Factum Arte’s conservator, Naoko Fukumaru, was in charge of making colour reference samples that are an important element in the production of the facsimiles.

To celebrate the ninetieth anniversary of the discovery of the tomb, an exact facsimile of Tutankhamen’s burial chamber, built by Factum Arte of Madrid, was shipped to Cairo by Egypt’s Ministry of Tourism and displayed in the Conrad Hotel for the meeting of the European Union Task Force. It is part of an initiative to preserve the Theban Necropolis through the application of new recording technologies and the creation of exact facsimiles of tombs that are either closed to the public for conservation reasons or are in need of closure to preserve them for future generations.

The work undertaken in the tomb of Tutankhamen is an initiative instigated in 1988 by the Society of the Friends of the Royal Tombs of Egypt (through its president Dr. Theodor Abt and the highly respected Egyptologist, Professor Erik Hornung), with the full backing of the Supreme Council of Antiquities (SCA) and now the Ministry of Antiquities (MOA), who have long supported the idea of building replicas of tombs that are closed to the public or in need of closure for preservation. The re-creation now taking place shows what can be achieved when politicians and conservators work together with experts in new technology and innovative craftsmen to achieve a common aim.

Factum Arte’s work in the Theban Necropolis started with the tomb of Seti I in 2001. The importance of this work and its implications for the sustainable management of world heritage sites cannot be overstated. Our vision is to turn the interest of millions of visitors into a force that will ensure the preservation of Egypt’s heritage. But, only with the right financial structure can these important testimonies to the past be permanently protected for posterity. The aim is not only to safeguard the three most important tombs in the Valley of the Kings and Queens (considered by many to be the tombs of Seti I, Nefertari and Tutankhamen), but also to raise the initial funding, and then to ensure that a percentage of the revenue generated by the new facility housing the facsimiles is used to continue the work of documenting other less famous, but equally important tombs. In the spring of 2009, the burial chamber and sarcophagus in the tomb of Tutankhamen were recorded in 3D and colour at the highest resolution ever achieved on a large scale. Between the summer of 2009 and now, all the stages of the work have been perfected and an exact facsimile of the tomb has been completed. The data that was used to make the facsimile is currently being used to monitor and accurately record the decay that is taking place in the tomb. The intention is to make the data public in such a way that everyone will be able to study it in great detail, but only the MOA can benefit from any copyright fees it generates.

Printing section of the Burial Chamber onto a ‘flexible skin’ on Factum Arte’s flatbed printer.

Every stage of this work has been undertaken by Factum Arte. Most of the equipment has been specifically designed or significantly adapted, specialist software has been written, a new ﬂatbed printer has been built, new materials have been developed and old materials have been revived. The results speak for themselves. The technologies being developed for the MOA will help to preserve the tombs and communicate their cultural importance. They also enable conservators, academics and the public to understand the site in a deeper and more objective way.

It is important to note that each monument presents specific recording challenges. Tutankhamen’s tomb is small and the sarcophagus and sarcophagus lid reduce the available working space, with the distance between the sarcophagus and the wall being only 126 cm at the narrowest point. The work to record the tomb in 2009 was done without interrupting the normal ﬂow of visitors and used non-contact and entirely safe imaging technologies. On busy days prior to the 2011 revolution, approximately 1,000 people visited the tomb daily. The visitor numbers have a dramatic effect on the temperature, humidity and dust in the space. Most visitors showed a great interest in the work that was being carried out and many expressed concern that their presence was having a destructive impact on the fabric of the tombs.

Their concerns are well-founded. The effect of the temperature changes, variation in humidity levels and dust are serious problems creating a dynamic response in the materials from which the tomb is made. Previous restoration and consolidation treatments are adding to the problems both in changing the appearance of the surface and creating new problems to which there are currently no solutions. Even a non-expert can see from photographic details that the walls are in a critical condition and are deteriorating fast. The Pharaonic craftsmen were skilled technicians and the tomb of Tutankhamen survived in good condition for 3,245 years. In the ninety years since its discovery it has suffered serious decay.

This initiative focuses on sustainability and knowledge transfer. It is dependent not only on specifically developed technologies, but also on human skills. Both will be transferred to an Egyptian team working in Luxor, who will carry out the recording of the vast and fundamentally important tomb of Seti I and the beautiful tomb of Queen Nefertari. The same technologies will be used in museums and collections around the world to record all known fragments that were removed from the tombs in the past so that they can be re-incorporated within the facsimiles. As a result the facsimile will be more complete than the original – its narrative and meaning more accessible.

The finished facsimiles will form the core of a new visitor centre that will be located near the Valley of the Kings, giving public access to closed tombs and facilitating the closure of tombs that are in critical condition. This way they can be saved for future generations while continuing to generate revenue that is vital for the local economy and enables the documentation of less famous, but equally important tombs.

Now that work is complete on the facsimile of the burial chamber of Tutankhamen (including the sarcophagus and its lid) and it has been presented to the people of Egypt, the next stage will be the installation of the replica near Howard Carter’s dig house at the entrance to the Valley of the Kings; this will allow a new generation to visit both the facsimile and the original tomb. Visitors will be encouraged to share their views, opinions and experiences so that the facsimiles of the beautiful tombs of Nefertari and Seti I can provide an even better visitor experience when complete. This opportunity to visit Tutankhamen’s tomb in both its original and authentic facsimile forms will not be available for long as the closure of the original has already been announced. Until then, however, visitors to Luxor will have the unique opportunity to access the two ‘versions’, allowing public and experts alike the chance to engage with and shape our relationship to the past and its future.

Photograph of the facsimile taken from the same angle as a photograph by Harry Burton in 1923.

The Society of the Friends of the Royal Tombs of Egypt, Factum Arte, the Factum Foundation, the University of Basel and Past Preservers are committed to completing the work that has been started and to bringing this innovative conservation project to a successful conclusion. A great deal of work has already been carried out. All of the funding has been and will be privately raised, while the Swiss/EU will undertake the transfer of technology and skills to an Egyptian team, and the management of all stages of the work. The next phase requires a significant capital investment to equip and establish the workshops on Luxor’s West Bank. Working together we can achieve more ‘wonderful things’ and ensure that the tomb of Tutankhamen can be passed on to the next generation in good condition.

Ancient Egypt
Restoration
This article was first published in print in RAWI's ISSUE 6, 2014 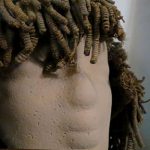 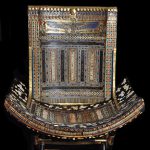 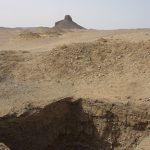 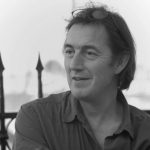 Adam Lowe set up Factum Arte in 2001 in Madrid. Since then, it grown into a workshop with over 40 digital and physical artisans working to solve technically innovative challenges for artists, institutions and museums. Factum Arte has worked with many of the worlds leading museums including: Musée du Louvre (Paris),The Museum of Archaeology (Madrid), The Prado (Madrid), The British Museum (London), The Pergamon (Berlin), The Vatican Museum, The Queen's Collection (Windsor) and many other public and private institutions. 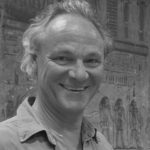 James Macmillan-Scott a banker by background, works with partners in Spain and the Middle East providing financial advisory services. He is also a visiting Professor of Finance at the IE Business School. In 2012, he became director of the Factum Foundation, working with Adam Lowe, Factum Arte's founder and creator to raise the profile and use of digital technology in the conservation of our cultural heritage, a mission that he believes in passionately.