The Global Pasts of Egyptian Cuisine

How some of our most popular foods made their way to Egypt.

Food travels. In our contemporary world, most of us regularly consume food grown or produced quite far away. Today’s local food movement stands, in part, as a push back against all of the adverse implications of eating food produced elsewhere: exploitative labour practices, the use of preservatives, the high carbon footprint of transport, and the extractive economies of agricultural monocultures.

The history of Egypt helps us to see that food has in fact been travelling for quite a long time. The Roman Empire drew much of its food supply from Egypt. Centuries later, the Ottoman Empire—what one historian has termed Islam’s Roman Empire—similarly grew perhaps up to a quarter of its food supplies in Egypt’s rich soils. For millennia, Egypt served as the proverbial breadbasket of the Mediterranean.

Food, of course, left Egypt, but it also came to it, affecting Egyptian cuisine in deep, though perhaps unfamiliar, ways.

Corn, for example, first arrived in Egypt only in the early sixteenth century. It is one of the preeminent crops involved in what is known as the “Columbian Exchange.” Before 1492, corn, tomatoes, potatoes, tobacco, and numerous other crops were only found in the Americas. Similarly, the native inhabitants of the Americas had never consumed ‘Old World’ crops such as eggplants, bananas, coffee, and sugarcane. After 1492, plants, animals, and—tragically—diseases as well moved across the Atlantic in both directions with historic consequences.

‘Today, those grilling corn on Cairo’s street corners in the summer nights likely do not think much about its American origins.’

Once corn reached Egypt from the ‘New World’, it quickly became an important crop in Egypt’s economy and cuisine. Indeed, in the Ottoman Empire, the power that ruled Egypt when most New World crops arrived in the Mediterranean, corn was known—and is still known in Turkish—as ‘Egyptian grain’ (mısır). Interestingly, and suggestive of the itinerary of its transmission throughout the Old World (from Egypt to Anatolia to Europe), corn was known as ‘Turkish grain’ in the Balkans and Italy (granturco in Italian). Egyptians have therefore only been planting, eating, and exporting corn for 500 years. While the ancient Egyptians never even knew corn existed, Egyptians today are fortunate enough to be able to enjoy some grilled corn in the hot summer months.

Another quintessentially Egyptian snack that has roots elsewhere is buksumat, that crunchy treat that goes best with tea. Buksumat’s hard, dry crunch derives from its history. These biscuits were made so that they would rarely spoil and were originally produced by the Ottoman army to feed its soldiers (the name in Arabic comes from the Turkish word peksimet). Hard and yet light, they were ideally suited for movement over long distances and storage for long periods. Still, they had enough calories to provide sufficient amounts of energy to the soldiers, sailors, and workers who regularly consumed them.

In 1801, the Ottoman sultan Selim III sent an order to his governor on the island of Rhodes about sending biscuits to Egypt. Ottoman ships and sailors were going to spend the winter months docked in the ports of Alexandria, Damietta, Rosetta, and Suez. The sultan directed that the impressive figure of 585,156 kg of biscuits be sent to Egypt to help support the imperial army stationed there. If we think about this for a moment, we will quickly come to realize the enormous infrastructure of transport that would have been needed to move this incredible amount of food: ships from Rhodes to Egypt, mules to carry the biscuits from the Mediterranean coast to Suez, sacks to hold them, and all the workers needed to get this momentous job done .

What some describe as ‘Egypt’s national dish’—koshari—also began its life outside of Egypt. Egypt’s koshari is a version of India’s kichiri. The basic Indian version (there are countless varieties) is only lentils and rice without the pasta, the fried onions and the tomato sauce (tomatoes again being a New World crop) that have been added over the years that now make the Egyptian dish quite distinct from anything one can find in India today. Historians debate how koshari came to Egypt from India, with some pointing to the role of Muslim pilgrims in the nineteenth century and others to Britain’s Indian army during World War I. Whatever the exact trajectory, Egyptians liked koshari for some of the same reasons Indians did—it was hearty, cheap, and satisfying.

Today, those grilling corn on Cairo’s street corners in the summer nights likely do not think much about its American origins. When we dunk buksumat in our tea in the mornings, most us probably do not know that these biscuits are hard and dry because of the Ottoman Empire. And the koshari that is so ubiquitous throughout Egypt today does not suggest much about its Indian origins. Yet, all of these foods that are so central to Egypt’s cuisine, culture, economy, and even language came to Egypt from elsewhere. It is important to note too that much of the history of the movement of food involves military ventures of one kind or another—the European colonization of the Americas or the presence of the Ottoman military in Egypt, for example. Needless to say, war has been a primary motor in the history of Egypt and the world. One of the ways to mark this impact is through the movement of food and taste across the globe.

Moreover, these stories of cuisine help to show how across its remarkable millennia-long history, Egypt has always been connected to the world. Food thus both tells the story of Egypt’s global past and helps us to understand something of its contemporary culture and economy. In truth, no matter where we are in the world, in the foods we all eat every day for pleasure and sustenance is a history of the world.

This article was first published in print in RAWI's ISSUE 10, 2019 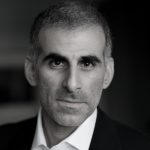 Alan Mikhail is professor of history and chair of the Department of History at Yale University. He specializes in the early modern Muslim world, the Ottoman Empire, and Egypt. His extensive publications include Under Osman’s Tree: The Ottoman Empire, Egypt and Environmental History (University of Chicago Press, 2017).