Visions of the Future

The 1953 report written by Abdel Wahab detailed plan to help it ‘attain the international technical and intellectual level that would allow it to penetrate world markets’ and represent the Egyptian brand abroad. The report was submitted to Salah Salem, then Minister of National Guidance, and subsequently published in al-Fann magazine in a special issue titled ‘Art and Liberty’. While the report mainly addresses the problems of its era, many of the issues raised continue to resonate until today.

Report submitted to H.E. Salah Salem, Minister of National Guidance, on the film industry in Egypt as prepared by the Syndicate of Egyptian Filmmakers:[1]

There can be no doubt that cinema is highly influential in terms of cultural impact, education and publicity for the country. It is also the main means of entertainment available to most people. Wide distribution and ease of understanding make its reach far wider than that of newspapers and books and even theatre and radio. Even though most Egyptian productions do not attain international standards, they still play a key role in portraying Egypt by popularising its particular Arabic dialect, customs and traditions, and establishing it as a developed and leading entity within the Arab world.

Proof of Egyptian filmmaking ability is evident in the few films that have been fortunate enough to have been well produced and to have participated in the international film festivals of Cannes and Berlin to much critical acclaim. So much so that several German distribution companies acquired the rights to films such as Lak Youm Ya Zalem (Your Day Will Come, 1951) and Rayya wa Sekina (Rayya and Sekina, 1952) which were recently screened at the Berlin Film Festival.

Nevertheless, there is no denying the fact that Egyptian films are behind international standards in terms of technique and subject matter. There are several reasons for this:

American and European films have worldwide audiences and a much larger market and therefore their producers make considerable profits which enable them to spend lavishly on the making of the films. The market for Egyptian films, on the other hand, is limited to Arabic speaking countries and therefore their box office revenues are much smaller. Accordingly, their production budgets are restricted by the lack of return which is further aggravated by the fact that they must compete with the foreign films in this very same market.

The main concern of film producers in Egypt, as in other countries, is to make money. High levels of audience illiteracy in Egypt and the Arab World result in films with plenty of song and dance numbers that appeal to a wide audience. Producers presenting more complex social issues or ideals take great risks and often suffer huge losses. Examples of such films include Mustafa Kamel (1952), Saga al-Layl (Night Has Fallen, 1949) and al-Mu’amara (The Conspiracy, 1953).

To date there is no censorship law but rather a decades-old list of vague guidelines drawn up by English administrators and subjectively interpreted by each censor. A film producer, having spent thousands making a film, can never predict whether the censor will approve his film or reject it, arbitrarily killing his dream before it even sees the light. Said list has also prevented Egyptian filmmakers from addressing major social issues or depicting our glorious national history. It deliberately restricted cinematic storytelling to entertaining, superficial subjects thus preventing Egyptian cinema from becoming a tool for guidance and education.

These are the major reasons for the limited success of Egyptian films. I urge Your Excellency to consider the following proposals to elevate Egyptian cinema so that it may contribute to the current renaissance. These proposals aim to:

Should we be able to achieve the above goals, it would be possible for the Egyptian film industry—within a few years—to attain the international technical and intellectual level that would allow it to penetrate world markets and become the best form of publicity for Egypt.

I am sure it has not gone unnoticed how deeply influential American films have been around the world, imprinting those societies which have been widely exposed to them with an American character.

First: The film audience in Egypt currently pays more to watch an Egyptian film than a foreign film. We therefore suggest that one to three piastres be deducted from the ticket price of Egyptian films to encourage the audience to watch them. This deduction is to be borne equally by the film producer and the theatre owner.

Second: Add half a piastre to the price of the ticket for any foreign film in all the theatres in Egypt. The revenues from this extra half piastre are to be allocated to the following:

Third:  Enact a censorship law by adapting American and European laws to the Egyptian context, bearing in mind the evolution of global thinking and permitting freedom of thought as well as keeping pace with the current Egyptian renaissance.

Fourth: Expedite the issuance of a cinema professions law to protect the film industry from unscrupulous individuals who may wish to damage it or to tarnish the image of our country abroad.

Fifth: Egypt is the only country in the world with a film industry that does not produce any short documentaries or educational films despite the benefits such films have in helping raise the cultural and social levels of a nation. Theatres pay such low fees for them that they do not cover their costs. This issue may be tackled by adopting French and Italian government models. To promote the production of documentaries, a law was passed whereby any theatre wishing to screen a feature film—whether local or foreign—must also screen a locally produced short documentary or educational film with 3% of the feature film revenues paid to the producer of the short film.

Sixth: Reach bilateral distribution agreements with foreign countries to guarantee the screening of a fixed quota of Egyptian films abroad to expand the market for Egyptian films and increase revenues. Bilateral agreements giving Egypt priority for the import of film materials, equipment and spare parts would also greatly benefit the industry.

Seventh: Urge the Ministry of Finance to reduce the customs on film materials, cameras and cinematography equipment. The ministry to this day treats such materials as a luxury item even though they are obviously raw materials for one of the leading industries in Egypt. In addition to reducing the production costs, such a decrease would greatly aid in the elevation of the technical standard of Egyptian films. Film directors often decline to reshoot an unsatisfactory scene because of the prohibitive cost involved.

Eighth: Reduce the taxes on Egyptian films and raise them on foreign films to protect the Egyptian industry from its foreign competitors. In addition, reduce taxes on artists as is the case in developed countries to encourage those with artistic talent to work in the film industry.

Tenth: Oblige foreign-owned theatres—Rivoli, Radio, Opera, Cairo and Metro, for example—to screen an Egyptian film for a two-month period every year during peak season. Said theatres treat Egyptian films rather unfairly: They do not allow their screening for more than two weeks, no matter how successful or popular the films are; they decide on the period when they can be screened, which is usually during the summer; and the films are all shown at the same time in all the theatres resulting in poor turnout for Egyptian films.

Eleventh: Encourage the screening of 16mm films in small towns and villages where there are no theatres.

These are the proposals and suggestions we see necessary to elevate the filmmaking industry in Egypt to international standards. Your Excellency may have noticed that our suggestions will not add much to the government budget and the decrease in customs will be more than offset by the taxes on tickets as the film audience grows thanks to reduced ticket prices and better-quality films.

Finally, we would like to conclude our report by noting that the film making industry in Egypt has expanded greatly and employs tens of thousands of Egyptians be they technicians, actors, producers, distributors, journalists, theatre owners, businessmen, studio workers, composers, musicians, equipment vendors or administrators. These people in turn support hundreds of thousands of family members.

For many years, we have tried to convince Egyptian officials of the benefits of the filmmaking industry. Sadly, our entreaties have fallen on deaf ears and so we are faced today with this crisis that threatens to eradicate a major domestic industry. Today the filmmaking industry has slowed down to such an extent that it is almost at a complete standstill.

We are therefore doubly delighted and excited to welcome the new era. As Egyptian patriots and members of the filmmaking industry, we are confident that this industry shall contribute to the renaissance championed by the national movement’s leaders and that our films will act as ambassadors for our country bringing us much-needed positive publicity. We have expressed our heartfelt pleasure and support for the blessed movement through our art and experience and we ask the Almighty God to crown our efforts with success.

We submit this report to Your Excellency today in the hope that our proposals and suggestions will be approved as speedily as possible. We are well aware of Your Excellency’s perceptiveness and speed in taking decisions that are in the best interests of Egypt and all Egyptians.

Deputy Director of the Syndicate of Egyptian Filmmakers

cinema
This article was first published in print in RAWI's ISSUE 9, 2018 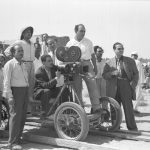 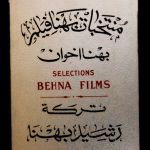 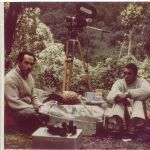 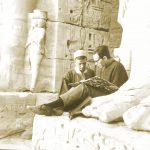 Once Upon a Time
Alternative Cinema Produced by the State