An unusual location, a distinct perspective, an unanticipated topic and suddenly the cinema landscape starts to take on new dimensions and offer exciting possibilities for the future.

Ground-breaking directors are not necessarily more famous or more prolific than others. They don’t have to be the ones who get more prizes or set new box-office records. They are simply people who, knowingly or unknowingly, intentionally or unintentionally, change the scene. Their films create a ‘before and after’, sometimes so subtly and unremarkably that they are easy to overlook. Admiring a tree in full bloom is much the same as watching famous or award-winning films. These few paragraphs seek to give credit to a handful of the directors who planted the first seeds, standing witness to their audacious choices of topics, actors, locations and techniques.

Liberation from the Love Story

Except for political films being made every now and then—Djamila Bouhired (1958) by Youssef Chahine, al-Karnak (1973) by Ali Badrakhan and al-Qahira 30 (Cairo 30, 1966) by Salah Abu Seif, for example—most Egyptian films were love stories, and melodrama dominated the screen. Films mainly revolved around the theme of two people falling in love. To get married, they had to first overcome various impediments: social class, illness, traditions, authoritarian parents, war or any other seemingly insurmountable obstacle. The contexts and hurdles varied, but the central question remained the same: Would the lovestruck couple get married in the end? From Rudda Qalby (Give Back My Heart, 1957) by Ezzedin Zulfikar about the daughter of a prince wanting to marry the son of the gardener to Khalli Balak Min Zuzu (Watch Out for Zuzu, 1973) by Hassan al-Imam where an aristocratic college professor falls in love with his student who happens to be the daughter of a belly dancer, an endless number of films revolved around love stories. Even films considered more art-house or high-brow incorporated love stories. Youssef Chahine’s Iskindirriyah … Leih? (Alexandria, Why? (1976) has a love story between a Muslim and a Jew, Salah Abu Seif’s Shabab Imra’a (A Woman’s Youth, 1955) features a love story between a tyrannical older woman and a naïve young student, and his Do’aa al-Karawan (The Nightingale’s Prayer, 1959) shows a vengeful sister falling in love with the man who caused her sister’s death.

Something new started happening in the 1980s.

Films like Atef al-Tayeb’s Sawaq al-Autobis (The Bus Driver, 1983), Mohamed Khan’s Zawget Ragul Mohem (The Wife of an Important Man, 1988) and Daoud Abdel Sayed’s al-Sa‘aleek (The Vagabonds, 1985) began to emerge, creating a wave of films that was labelled Egyptian ‘neorealism’, a term coined by prominent film critic Samir Farid. Egyptian neorealism created a pathway for films other than melodramas. Audiences were no longer simply waiting to find out whether the heroes would get married at the end. Rather, would the hero in Sawaq al-Autobis manage to save his father’s old workshop from being sold in repayment of debt? In Ard al-Ahlam (Land of Dreams, 1993) by Daoud Abdel Sayed, would the middle-aged woman finally find her passport and emigrate to America? The examples of this shift in theme are many.

Neorealism took filming outside the studios and explored life in real locations: streets, homes, workshops, and neighbourhoods. Other than discarding the love story, there is also liberation from the aesthetically pleasing and ‘the pretty’. This generation of filmmakers were committed to depicting life as they saw it, without beautifying it. Films no longer showed beautiful women in pretty dresses. An example among many others can be seen in the contrast in the appearance of Naglaa Fathi in Dammy wa Domoo‘y wa Ibtisamati (My Blood, Tears and Smiles, 1973) by Hussein Kamal and in her later film Ahlam Hend we Camilia (The Dreams of Hend and Camilia, 1988) by Mohamed Khan.

Atteyat El Abnoudy filmed with Egyptian poet Amal Donqol while he was bed-ridden, and dying, in the hospital. Unlike the usual, formal, talking-head style of documentaries prevalent at the time, El Abnoudy, showed the ability to introduce several personal elements into her film well before they became popular and commonplace in documentaries world wide.

Egyptian poet Amal Donqol was sitting barefoot, wearing a galabiya, while Atteyat al-Abnoudy, the well-known documentary filmmaker, interviewed him for her short documentary Hadith al-Ghorfa Raqam 8 (Room Number 8). That was in 1983. To be barefoot and in pyjamas may seem like a small insignificant detail, easy to overlook when seen today, yet the choice to film the poet in a hospital was a radical one in the eighties. Perhaps Atteyat al-Abnoudy found herself on new terrain out of necessity: wanting to film with her close friend during what she assumed to be his last days. Or maybe she chose to film Donqol at the hospital for artistic reasons: wanting to be as faithful as possible in her documentation of reality. Whatever her reasons, al-Abnoudy did something new and bold in that documentary. She filmed Donqol in his hospital room, alone or with his wife, at times with friends and doctors visiting. The friends included her own daughter, a little girl sitting amongst the adults. Unlike the usual, formal documentary style prevalent at the time, the film incorporated several techniques that only later became commonplace in documentaries worldwide. There is the intimacy in the positioning of the camera, in the way the poet Amal Donqol is dressed, and in the conversations they were having. The filmmaker also used a ‘small’ 16mm camera to follow the poet in his hospital room, capturing Donqol’s illness, trepidation, and vulnerability. She gave proximity and closeness to her subject precedence over quality and technique, painting a personal and uncontrived portrait of Donqol long before it became a popular trend to film documentaries in this manner.  Before al-Abnoudy, Egyptian documentaries featured only talking heads, prim and proper men and women in suits, talking to the camera, often behind desks. Her choice of location was so significant to her that she named the film after the room in which the poet was bedridden.

Al-Abnoudy, whose films were never released commercially in Egypt, opened a path to allow for personal, real, and unpretentious films. She chose previously uncharted spaces and locations for filming, whether those were hospital rooms or fishing boats. She put her camera close to her subjects and filmed ‘normal’ people, never before considered interesting interview material. Her approach to filmmaking came long before documentary and feature filmmakers started to make films by using such intimate methods, tackling topics with and about those who are closest to them, including their own voices in their films, and sometimes even appearing on screen. Al-Banat Dol (Those Girls, 2007) by Tahani Rashed, Salata Baladi (Mixed Salad, 2007) by Nadia Kamel, and Hedeyya min al-Madi (A Present from the Past, 2015) by Kawthar Younis are all films that followed the path paved by al-Abnoudy.

Whereas Khan, Abdel Sayed and Atef al-Tayeb made films that tackled social issues, the late eighties and nineties brought a flow of more personal films. Yousry Nasrallah has often spoken about the ‘joy of narrating individuals’. To him, the individual matters. Films are not only about ‘big’ political or national events. They are about the individuals living through them. Individuals with their own dreams: wanting to be an actor or a filmmaker, not wanting one’s parents to get a divorce, choosing against a mastectomy, all are events in the wake of changes happening in Gamal Abdel Nasser’s Egypt in Nasrallah’s film Sariqat Sayfiyya, (Summer Thefts,1988). This is a film made with actors who were not famous, some of them people who had never acted before. It was shot on location in the country home of one of the director’s relatives. Among other things, it is a film about a little boy’s birthday which happens to be on 26 July 1956, the same day Nasser is making a speech in Alexandria announcing his plans to nationalize the Suez Canal. To the little boy, the protagonist of the film, his birthday is far more important and remarkable.

Radwan al-Kashef’s, Arak al- Balah, (Date Wine, 1998) also championed the individual. It allowed al-Kashef to bring his own personal background to the tale illustrating how the lives of the villagers in Upper Egypt are worth noticing and chronicling. He examined what it means for a village to slowly lose its men as they go to the Gulf to earn livelihoods. Himself from the south, al-Kashef’s rendition of Upper Egyptians was both credible and profound. Unlike films with stereotypes, clichés and fake Sa‘idi accents, al-Kashef gave a nuanced view from within.

At the level of both the image and the narrative, ground-breaking filmmakers make visible that which is often overlooked. They tell untold stories, forcing the grander narrative to include other voices, tales and images. It’s like the difference between discovering a country while on a tourist bus and exploring it on foot: walking, wandering, getting lost. Only then, can you discover unexpected vistas. Abu Bakr Shawky’s Yommedine, which premiered at the Cannes Film Festival in 2018, is almost a perfect example. The film tells the story of a man who has leprosy on his journey home to his village in the south of Egypt. He is accompanied by a child. Together they travel across the country on a donkey cart. Clearly, we cannot expect to see the Egypt of the postcards and glossy tourist advertisements. Rather, because of the subject matter and the actor who is from the leper colony himself, we can expect to encounter new sides of Egypt and see aspects we haven’t seen before. And if that happens, we will call it ground-breaking, and we will have, yet again, discovered new terrain.

This article was first published in print in RAWI's ISSUE 9, 2018 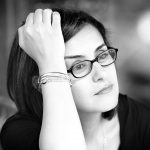 Maggie Morgan is an Egyptian filmmaker. She cares that good films are made, seen and disseminated as widely as possible. Her work includes writing, filmmaking, producing, festival management, and teaching and will do whatever helps people appreciate and watch films. She currently lives in Cairo where she writes and directs as well as teaching film studies at the American University in Cairo (AUC).

Previous Article
Once Upon a Time
By May Telmissany
Next Article
The Dancer’s Paradox
By Roberta L. Dougherty