The Diet of the Desert Fathers

Although abstinence from food was a cornerstone of monastic life, monasteries were thriving settlements that tell us much about the food available in early Christian Egypt

In the early days of Christianity, many men (and women) left their lives to seek seclusion and worship. Many were renowned and greatly admired for undertaking arduous fasts. Bread, salt, and water were often the only recorded foods monks are said to have eaten. However, the diets of monks (and nuns) between the third and seventh centuries CE were much more varied than that.

Meals were usually served in the general refectory, although those adhering to a stricter fast would eat (or not) alone in their rooms. Communal meals may have consisted of cheese (served only outside of periods of fasting), pickles, greens, olives, and cooked or raw vegetables and greens. It was advised that a monk always keep extra bread in his cell in case he received a visitor, as hospitality— even during periods of abstinence—was highly appreciated.

Bread, known in Coptic as owek or kake—the word for loaves, which is surprisingly similar to the Arabic kahk and English ‘cake’—was of course a staple and was most commonly made of wheat. Wheat itself was also used as a currency of sorts and was exchanged, sold, and used for paying wages.  ‘Bread steeped in a concoction … of lentils, onions, and linseed oil’ was observed by Constantine Tischendorf in the nineteenth century as the diet of the monks at the monastery of Anba Maqqar in Wadi al-Natrun. He considered this a poor diet and ascribed the ill health of the monks to it.

Other than lentils, a variety of pulses such as chickpeas were available. Vegetables included olives, sometimes salted, onions, cabbages, garlic, mallow, purslane, and gourds. Leeks were thought to ‘invigorate the body and make war on the soul’, while lettuce was mentioned as a foodstuff that was not to be consumed, for reasons unknown. Although limited, a variety of oils has been documented: linseed, horseradish, sesame, and olive oil. Vinegar was used in preserving or pickling foodstuffs, but spices are rarely mentioned in texts. Fruits such as figs, grapes, and dates were consumed both fresh and dried.

Cereals, vegetables, and fruits were grown either in small plots or on larger lands owned by the monasteries. They may also have been donated or bartered in exchange for handicrafts made by the monks. Dates were used to settle debts and were a traded commodity in Wadi Sarga, where they appear in receipts.

Wine was a valuable commodity, and vineyards are commonly mentioned. Many types of wine were known but attitudes towards its consumption varied from being acceptable in moderation to completely ‘unknown’ among the monastics and certainly not for them. However, monks getting drunk and climbing upon rooftops was not an unheard-of occurrence.

Meats were mentioned occasionally in texts and found on archaeological monastic sites, but their consumption was limited not only due to religious constraint but also probably economical as well. Much of the meat, fish, and fowl available was reserved for the ill and the visitors. Types of fowl may have included chicken, pigeons, doves, duck, geese, quail, and probably other species as well. Goat, lamb, beef, and pork were also consumed. Fish and molluscs from the Nile, the Mediterranean, and the Red Sea have been found even inland in the desert, not just on the coast or on the Nile!

The ill were of course allowed certain concessions, such as the inclusion of fruit in their diet. Figs were sometimes grown for ‘the eventual needs of the sick’, and ‘hard figs’ were also boiled for the ill. A portion of the fruits (or sweets) brought by visitors was sent to the infirmary with the other portion offered to the visitors themselves. Wine consumption was also allowed for the ill in the infirmary.

Abstaining from food may have been a form of expressing piety and ensuring a clear head for worship, but food was nevertheless a major concern, and archaeological and textual evidence show a varied diet. However, regional differences, seasonal differences, and varying levels of adherence to religious restriction mean that the foods mentioned here were not necessarily available in all monasteries at all times but were available to the communities that lived in bustling settlements on the desert fringes. 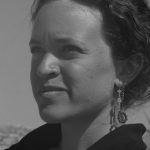 Previous Article
A Turning Point
By Cornelia Römer
Next Article
What Was Cooking in Medieval Cairo?
By Nawal Nasrallah